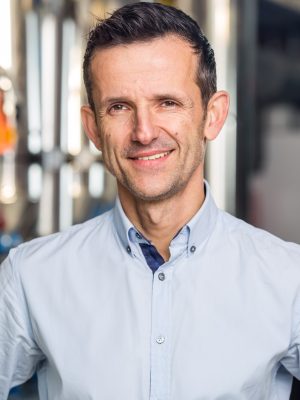 Research and applicative projects on energy efficiency and RES consumption are the main areas of his work. Recently, he has focused on the use of GIS tools in energy. He is actively involved in international projects and is a member of the Education & Training Working Group of the international technological platform DHC+ established within the framework of Euroheat&Power.

He joined Jožef Stefan Institute as an expert consultant in 2013. Before, he worked as a secretary at the public institute Slovenian Accreditation. Among other tasks, he worked as a leading and expert assessor, an evaluator in European conformity assessment system and led assessor trainings. From 1999 to 2001, he worked as the head of inspection bodies at Metrology Institute of the Republic of Slovenia. His first employment was at the Faculty of Mechanical Engineering, where he worked as an assistant and received his master̛ s degree in 1998.

H2020 - ENERFUND; An ENergy REtrofit FUNDing rating tool Elaboration of the concept of space analysis of heat consumption and production for carrying out of the local energy concept of the Municipality of Maribor Quality certification frameworks for Energy Efficiency services to scale up responsible investment in the building sector (QualitEE) H2020 - KeepWarm; Improving the Performance of District Heating Systems in Central and East Europe EMIILIE - Enhancing Mediterranean Initiatives leading SMEs to Innovation in building energy efficiency technologies